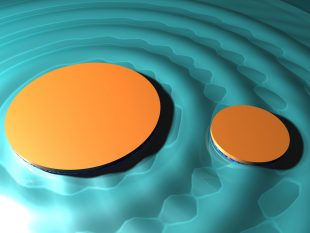 Placing nanodisks in groups can change their vibrational frequencies

Like a tuning fork struck with a mallet, tiny gold nanodisks can be made to vibrate at resonant frequencies when struck by light. In new research, Rice University researchers showed they can selectively alter those vibrational frequencies by gathering different-sized nanodisks into groups.
“In the tuning fork analogy, it would be as if we could alter the sounds of several forks by bringing them close together,” said Rice nanoscientist Stephan Link, the lead researcher on a study in this week’s Proceedings of the National Academy of Sciences. “But at the nanoscale, we do not hear a tonal shift; we instead see a tiny change in color. We’ve shown that by grouping nanodisks, we can shift their acoustic resonance in an orderly and predictable way, which could be useful in optomechanics.”
Like a tuning fork struck with a mallet, gold nanodisks on a glass surface can be made to vibrate at resonant frequencies with a pulse of laser light. Rice University researchers found that acoustic vibrations from larger particles modified the resonant frequencies of smaller particles nearby. (Image courtesy of C. Yi/Rice University) 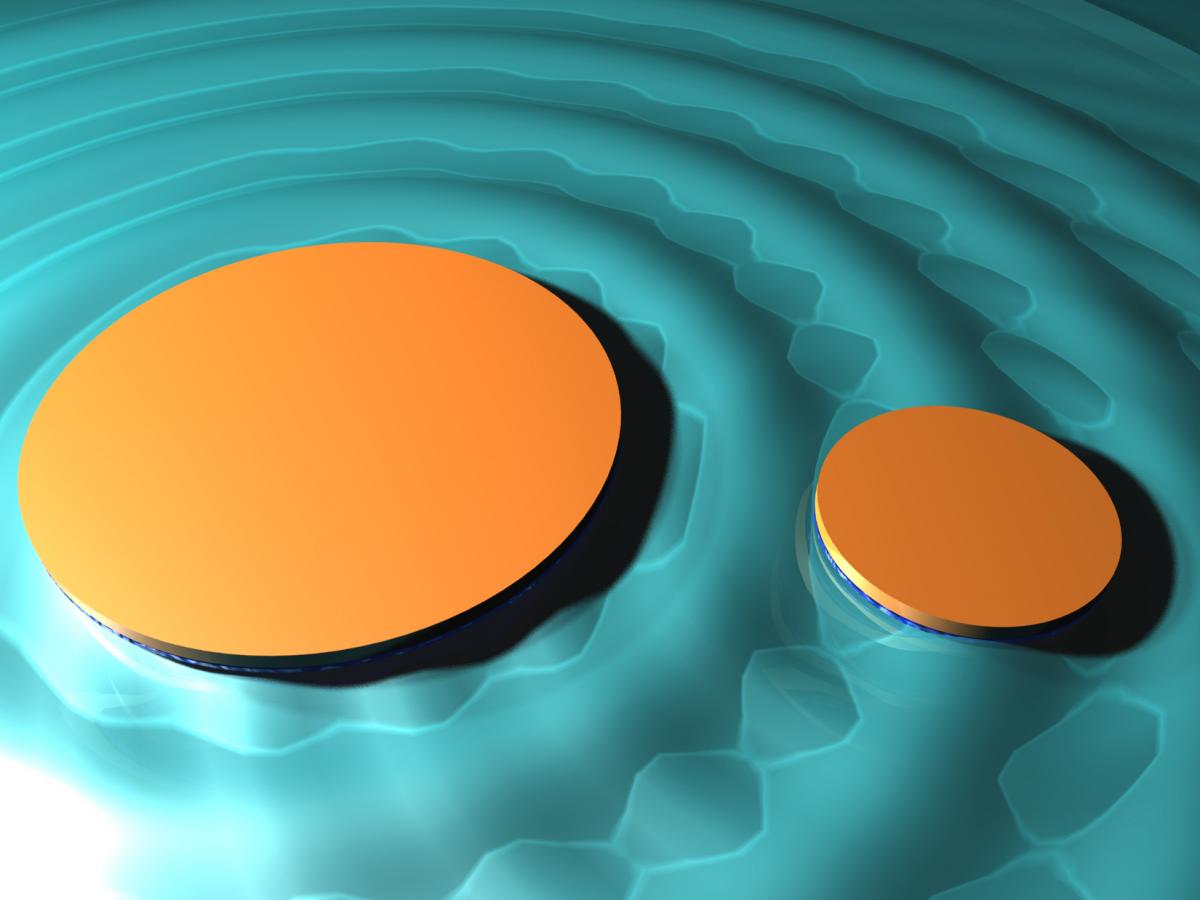